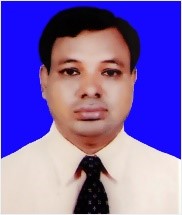 Md. Shirajul Islam Talukder has been appointed as Registrar of the Bangabandhu Sheikh Mujibur Rahman Agricultural University (BSMRAU), Gazipur on 15 May’19. Mr. Talukder who hails from a respectable Newaz Muslim family was born at   Kalmakanda Upazila in the district of Netrokona in year of 1970 in 25 April in Sakhua Indropur village.

Mr. Talukdar was the grandson of late Haji Yasin Talukder, who was famous as the giant of Susong Pargana and the younger son of late Abu Taher Talukdar and mother Salma Taher’s. Mr. Talukder has previously served as Deputy Director (Audit), BSMRAU, Assistant Director of Sher-e-Bangla Agricultural University and as the Budget and Accounts Officer of the Institute of Leather Engineering and Technology, Dhaka University. He obtained his Hons. & Masters in 1992, 1993 from Dhaka University.